If Mar Roxas is endorsed, Drilon's bid for VP will die

"The greatest risk is really to take no risk at all. You've got to go out there, jump off the cliff, and take chances." Patrick Warburton

NEW YORK CITY -- Senate President Franklin Drilon was right when he quipped that rumors he would be running for vice president once DILG chief Mar Roxas was endorsed by President Noynoy Aquino as Liberal Party standard bearer in the 2016 elections, "don't make any political sense."
Since they both belong in Western Visayas, only one of them should be fielded in the race for the land's top two highest positions.
Western Visayas, the third vote rich region in the country, is not the Philippines. Imperial Manila won't take it sitting down if bypassed in the choice of national leaders.
The other candidate must come either from Luzon or Mindanao.
Not all-Visayas. Not all-Luzon. Not all-Mindanao.
The goods must be distributed equally. Everyone should be happy.
Survey topnotcher Grace Poe could be the most logical choice since she is extremely popular in Mindanao, where his late foster father, Fernando Poe Jr.,  was considered a demigod both in showbiz and politics.

It won't hurt the ruling party though if the president will pick Drilon over Roxas, but it looks like the die has been cast and Roxas appears to be a cinch away from clinching the official coronation as LP top bet.
Drilon can deliver the votes for national candidates being the most senior and influential political leader in Panay and Negros islands.
Drilon's only hope though is for the president to raise Poe's hand as a Solomic solution to the impasse.
But his chances for a vice presidential slot remain nil. If Poe would be blessed by the fountain, Roxas logically could end up as her runningmate.
Although he lagged behind in the surveys, Roxas' stock is expected to boost once he is officially endorsed by the president.
Since President Aquino is still enjoying a substantial popularity among members of the hoi polloi, the middle class and the elite, his endorsement of Roxas can't be considered yet as a kiss of death.
Endorsement by a popular leader, however, is very much different from the candidate's winnability.

People may applaud the president's endorsement, but it's another story if they will vote for the endorsed candidate.
Winnability is still a major factor. And Roxas appears to be deficient in charisma and acceptability needed to bag the highest office,  if we based only the surveys.
But with full support from the administration, the ballgame might tilt and shake a bit.
The lead in the surveys enjoyed by Poe and Vice President Jejomar Binay might suffer a major cut once government resources start to roll down the far flung areas in aid of the chosen candidate from Capiz.
Roxas, however, can't rely heavily on government wherewithal. He has a lot of catching up to do and the major roadwork is in his province in Capiz, his bailiwick with a polarized political landscape.
As a dark horse, Davao City Mayor Rudy Duterte may continue to post as a big threat to any candidate chosen by the president and the opposition.
If no alliances and bandwagon will be formed to reduce the number of presidentiables, it would still be the administration and opposition candidates who will slug it out and elbow each other in the finish line.

Fil-Am nurse dribbles ball even after stint in navy

"Follow your passion, be prepared to work hard and sacrifice, and, above all, don't let anyone limit your dreams." Donovan Bailey

By Alex P. Vidal
NEW YORK CITY --  As a high school varsity player at the West Visayas State University (WVSU) in Iloilo City, Philippines in the late 80's, Richard Borres Canong easily caught the eye of the late Iloilo City Councilor Jose "Joeball" Piamonte, who would become his coach until Richard represented the Western Visayas in the national Private Schools Athletic Association (PRISAA) basketball in Nueva Ecija.
Richard's love affair with basketball did not end in the PRISAA, an association of private schools, Christian schools, and home school athletic departments throughout the Philippines founded in 1953. 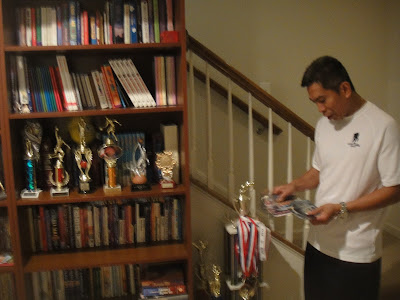 Since joining the U.S. Navy in 1990, Richard became a dyed-in-the-wool cager, amassing one Most Valuable Player (MVP) award after another, a mind-boggling achievement for a cager who hasn't breached the six feet height.
As a point guard and shooting guard, Richard pulled the rug from under other taller American players and fellow Fil-Ams in intramural games that pitted the best teams in the communities of Chicago, Washington, Maryland, among other states in the East Coast.
INTER-STATE
Playing for the Washington D.C., Richard's team won the 2014 Inter-State basketball tournament held in Chicago, a tension-filled championship witnessed by his parents, Illinois-based Ilonggos Rufino and Aurea.
They won the 2013 North American Basketball Association in New Market, Canada.
Richard was a regular player in De Ausen, a real estate firm, in their community league in Maryland, where he lives in Silver Spring together with wife, Joy Adorador, and two children, Randal, 21, and Rachel, 14. 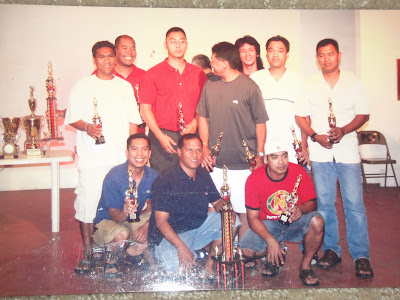 He played together with some retired PBA players like Abe King, Ric-Ric Marata, Manny Victorino in exhibition match in 2009 and the visiting former San Beda Red Lions stars Louie Brill, Art Ayson, and Letran's Glen Yap.
Age hasn't slowed down Richard, who continues to reap honors in various community leagues playing in the 35 above category.
FORMULA
His formula of success: "Stay fit. Be passionate. Be a team player. Stay grounded."
Richard exhorts basketball lovers "to always stay in shape and be competitive" regardless of age.
Richard, who started to hone his basketball talent during his elementary days at Angelicum School Iloilo, an exclusive school in Jaro, Iloilo City, says he is motivated to continue playing not for money "and although we only win trophies, we earn the respect of our peers and we use the occasion also as an opportunity to meet with friends." 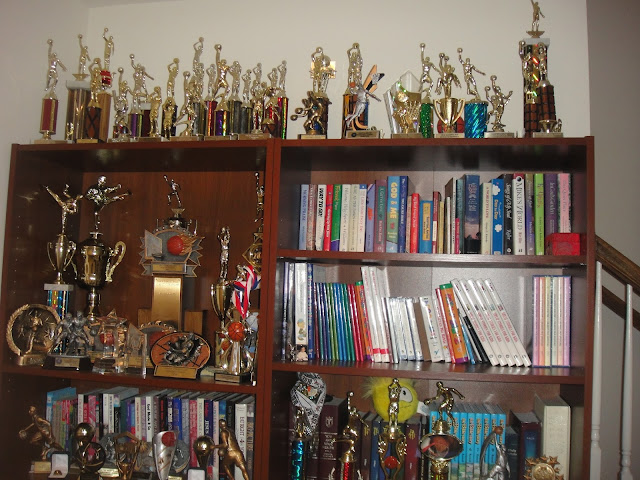 In 2014, Richard, at 43, became one of the youngest to retire after more than 20 years of service in the U.S. Navy.
He had a rank of lieutenant commander.
Now a Perioperative nurse at U.S. Navy, Richard is still very much active in playing basketball every now and then, a passion and hobby he does not intend to give up probably until his senior years as long as he is enjoying it.
Posted by Alex P. Vidal at 10:22 AM No comments:

Independence is happiness -- Susan B. Anthony

WASHINGTON D.C. – Bobby Reyes of the Philippine History Group of Los Angeles insists the Filipinos should celebrate Independence Day on July 4, not June 12. “We reckon that it was only on July 4, 1946, when the United States granted it independence that the Philippines became politically free as a country,” Reyes argued.In 1998, Reyes criticized the Philippine-independence centennial calling it “no relevance to the United States and the American people.” He blasted the Philippine National Centennial Commission and the Philippine leaders who insisted on the June 12, 1898, independence calling them “insensitive to the facts of history.” “They are also insensitive to the feelings of the American people, especially those of Philippine ancestry. To ignore the July 4, 1946, independence is hypocritical. It demonstrates, once more, the myopic view of some Philippine leaders who think that to be pro-Filipino is to be anti-American,” Reyes boomed.For some Filipinos, the Independence Day parade in Washington D.C. is more interesting to watch than the more popular Macy’s 4th of July Fireworks over the East River.That’s why we chose to be in Washington D.C. for the "Happy 4th of July Weekend" (we left New York past midnight July 3 and arrived around 6 o’clock in the morning via Megabus July 4, in Washington D.C.)For a change.

FIREWORKS
Fil-Am Rene Gongora, who has seen the Americans celebrate the Independence Day for 20 years now, said the celebration in New York has always been all fireworks. “Non-stop fireworks which illuminate the skies over the East River,” Gongora observed. “All fireworks. That’s how they always celebrate the 4th of July in New York.” The same activity in New York will unfolded for the second year in a row, it was learned. The sparklers exploded over the Hudson River and New Jersey's Liberty State Park's Fireworks near the Statue of Liberty.We were able to catch the show from many neighborhoods in downtown Manhattan, and parts of Brooklyn and Queens on the way back before midnight,In New York, the glorious Brooklyn Bridge served as the backdrop for the fireworks. More than 50,000 were scheduled to burst forth from six floating barges on the water, synchronized to a soundtrack of patriotic standards.

ANNUALLY
Co-sponsored by the National Park Service and Diversified Events, America’s 2015 National Independence Day Parade, was celebrated annually on the National Mall in Washington D.C. It consisted of invited bands, fife and drum corps, floats, military and specialty units, giant balloons, equestrian, drill teams, VIP’s, national dignitaries, and celebrity participants. The Parade was a major national event which sought to draw the attention of Americans to the real meaning for the holiday. It is a patriotic, flag-waving, red white and blue celebration of America’s birthday!
Posted by Alex P. Vidal at 10:41 PM No comments: