“The words of the prophets are written on the subway walls and tenements halls and whispered in the sounds of silence.”

When I return to take the E train from Lexington, Manhattan to Jackson Heights in Queens on September 6, it will be Labor Day, a federal holiday in the United States.

I learned Sunday evening that the Metropolitan Transportation Authority (MTA) has restored all operations in the subway, a rapid transit system, which first opened on October 27, 1904.

The weather is back to normal, at least according to the weather forecast as of this writing.

No more hurricane or whatever deadly “remnants”; and flood has subsided. 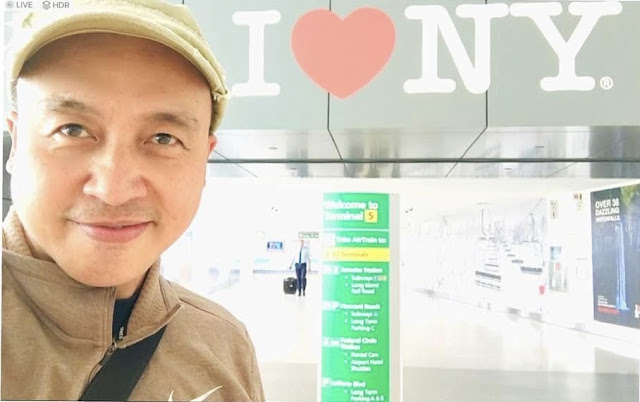 On my way to Manhattan on September 3 (Friday) early morning, I had to take the 7 train all the way to “faraway” Grand Central; then, I walked for nine blocks passing by the Pfizer Headquarters on 42nd  Street; Chrysler Building, a skyscraper on Lexington Avenue; the imposing United Nations (UN) Plaza; and the Trump World Tower on 1st Avenue.

It was impossible to take the flood-drenched subway system starting midnight on September 1 when remnants of the Hurricane Ida brought torrential rains in the East Coast.

The crisis has cast a long shadow over what the system will be able to withstand as climate patterns change dramatically.

Some trains go underwater in the tunnels; others go over the Manhattan Bridge or the Williamsburg Bridge.

The ones that go over bridges are in lower Manhattan, where I work on weekends.

If we look closely on a subway map, we will see in itty-bitty print the words "Williamsburg Bridge" or "Manhattan Bridge" next to the lines.

Hurricane Ida, which had torn through New Orleans earlier, dropped more than half a foot of water on the region and gave New York City more rainfall in one hour than Chicago averages in an entire month, it was reported.

Labor Day in the US isn't always on the same date because it is always celebrated on the first Monday of September.

There are reportedly various different origin stories, with different claims as to how Labor Day came to be, but what's for certain is that this holiday has been going since the early 1880s.

Oregon was the first state to make Labor Day an official public holiday, adopting this stance in 1887. It then became an official federal holiday in 1894.

Labor Day is an annual celebration of workers and the labor force's achievements.

The idea is to recognize and honor the American labor movement and the ways in which American workers have contributed to the country's success over the years.

This holiday was born in response to a series of workers' strikers in the late 19th century, as workers protested against unfair working conditions.

There are 11 federal holidays in the US and Labor Day is one of them. That means that all non-essential federal government workers have a paid day off and private companies are reportedly encouraged to give workers a paid day off too, with most doing so.

When I go back for vacation in the Philippines after the pandemic, I will still patronize the Philippine Airlines Inc. (PAL), which has filed for bankruptcy in the Southern District of New York.

PAL is our only flag carrier and it deserves our support despite being always lampooned as “Plane Always Late.”

Let’s be clear here: the airline will not cease its operation. It filed a bankruptcy on September 4 reportedly as part of its “restructuring plan.”

The company would also do a parallel filing in the Philippines under the Financial Insolvency and Rehabilitation (FRIA) Act of 2010, according to its press release.

Part of the restructuring plan, subject to court approval, is also to reduce by at least $2 billion its liabilities to lessors, lenders and other creditors, added the press release.