"Happy is the man who can make a living by his hobby!"

THE issue isn’t whether there is graft and corruption in government.

It is how much money has been stolen from the coffer.

There is no more argument that taxpayers’ money has been—and is being—pocketed by crooks in government. 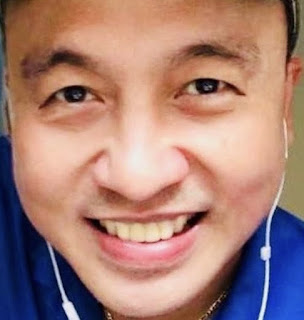 Graft and corruption has been a permanent stain in any government anywhere in the world.

Especially in the Philippines where it has become a cottage industry.

Thus the threat of Senator Emmanuel “Manny” Pacquiao “to resign from the senate if there is no graft and corruption” isn’t earthshaking and no bearing whatsoever in the furor involving the alleged missing billions of pesos from either mismanagement or grand thievery unfolding while the world is fighting the COVID-19.

Given the magnitude of alleged graft and corruption in key government agencies with or without the pandemic, Pacquiao’s senate post is safe in the harbor and his “threat” to resign will never stir a hornet’s nest.

He should have said: “I will resign if no Duterte minion is involved in graft and corruption.”

That could have been more spunky and audacious.

IT’s all over the news as of this writing that Great Britain’s Andy Murray, a three-time grand slam champion, announced he "lost respect" for world No. 3 Stefanos Tsitsipas, after the Greek took multiple extended breaks at crucial times during their first round US Open match.

I missed that match in the stadium August 30 as it was featured late in the evening.

The two top players in the world reportedly battled it out for more than four-and-a-half hours in a five-set thriller, with Tsitsipas eventually prevailing 2-6 7-6 3-6 6-3 6-4 to advance to the second round at Flushing Meadows.

Murray was reportedly disappointed with how much time his opponent spent off court; Tsitsipas took two bathroom breaks of longer than seven minutes and also received a medical time out.

"It's just disappointing because I feel it influenced the outcome of the match," Murray told reports after the match. "I'm not saying I necessarily win that match, for sure, but it had influence on what was happening after those breaks.”

We often saw players getting upset and proceeding to throw their toys out of their prams in the past especially when they lost important matches.

Most of them refused to hold back when angry and terribly disappointed despite the world looking on “live.”

This episode certainly doesn’t look good for the sport, and it provides some entertainment and amusement depending on how the fans will appreciate it.

Another interesting book on sale (only at $5) recently at the Barnes and Noble here in NYC is Pygmalion, a king of Cyprus who could find nothing good in women.

As a result, he resolved to live out his life unmarried.

Pygmalion fell in love with his own creation when he carved a statue out of ivory that was so beautiful and so perfect that no living being could possibly be its equal.

At a festival, he consequently prayed to the goddess of love, Aphrodite, that he might have the statue come to life.

To his amazement, Pygmalion found that his wish had been fulfilled when he reached home, and he proceeded to marry the statue he named Galatea.

Author George Bernard Shaw used several aspects of the legend and most prominently one of the names in the title, viewers, writers, critics, and audiences have consistently insisted upon there being some truth attached to every analogy in the myth.