“You know, those of us who leave our homes in the morning and expect to find them there when we go back - it's hard for us to understand what the experience of a refugee might be like.”

THE people deserve to know the complete details of Foreign Affairs Secretary Teodoro Locsin Jr.’s revelation that the Philippines has started taking in Afghan refugees on September 8, including women and children.

It’s been a week and no follow up report came from Locsin’s office in as far as arrival of Afghan refugees in the Philippines is concerned.

I’m sure our leaders in Western Visayas, or any other regions in the country for that matter, are ready to welcome these brothers and sisters from violence-torn Afghanistan for humanitarian reason. 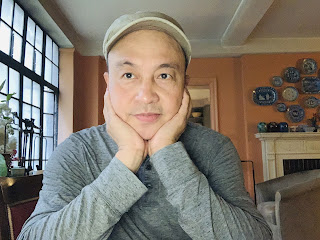 Some of them can assimilate with the Ilonggos and become part of the community; they can help build the local economy if they engage in business and other productive activities.

That’s why we deserve to know at least how many Afghan refugees are there in Manila or in any parts of the Philippines now and if they have been apportioned.

We can’t just speculate just because we were given a limited information.

It’s Locsin’s primordial responsibility to tell us what’s going on and who’s in town.

When we prepare the plates, we need to know the number of “visitors” who will dine in the kitchen.

We need at least a figure or how many men, women and children have arrived.

For sure the refugees will not be living in Metro Manila alone.

They will be sent to other provinces and cities, including the Western Visayas region if necessary.

Locsin cited the refugees’ “safety” and “privacy” as the reason why they couldn’t reveal further information about the matter.

What safety was Locsin talking about?

The refugees fled Kabul because they feared the Taliban.

Unless there are Taliban assassins in the Philippines waiting to waylay the refugees as they enter the Ninoy Aquino International Airport or the seaports, Locsin can invoke safety as valid reason not to reveal further information about the fleeing Afghans.

As to the issue of privacy, the moment they left Afghanistan and sought refuge in other kind-hearted and peaceful countries like the United States, Germany, and the Philippines, people around the world already know and fully understand their predicament, their fears and condition, and how they are expected to adjust to their new life and in the cultures they are now part of when they are accommodated and absorbed in certain countries and territories that aren’t predominantly Islam.

Another thing Locsin must consider before keeping all the details of the refugees under wraps is the pandemic.

Some of our overseas Filipinos workers and balikbayans are hard-pressed to come home due to strict quarantine restrictions and protocols imposed by Imperial Manila and the “rebellious” Visayas and Mindanao regions.

Some provinces and cities have tightened if not closed their boundaries until after everything is back to normal.

Proper coordination and communication with the local government units is necessary before the refugees are deployed nationwide, if that’s part of the foreign affairs department’s policy on the refugees.

We need total transparency and the public should know.

“We stay steady where others waver: tonight (September 8) we welcome Afghan nationals including women & kids seeking refuge,” Locsin said in a tweet. “Our doors are open to those fleeing conflict, persecution, sexual abuse and death.”

He added: “The matter is closed. We’re not interested in publicity or thanks. This is done so one can look at himself in the mirror. Period.”

“I don’t want baduy (corny) comparisons to famous relief actions in the past,” Locsin said in another tweet.